The first Missoula Brewing Company was founded in 1890 by Joseph Wagner, located at 109 West Front Street in Missoula. After receiving permission to use the name from the New York Highlanders (soon thereafter to become the Yankees), the first Highlander Beer was brewed in 1910. With its facility by then sitting proudly at the base of Waterworks Hill near Rattlesnake Creek, Highlander was a mainstay beer of Montana families for decades. Surviving the closure of prohibition, Highlander flourished in Montana and neighboring states up until the brewery closed its doors in 1964. Highlander has a rich tradition of colorful labels and creative marketing materials, many of which are now on display in our TapHouse 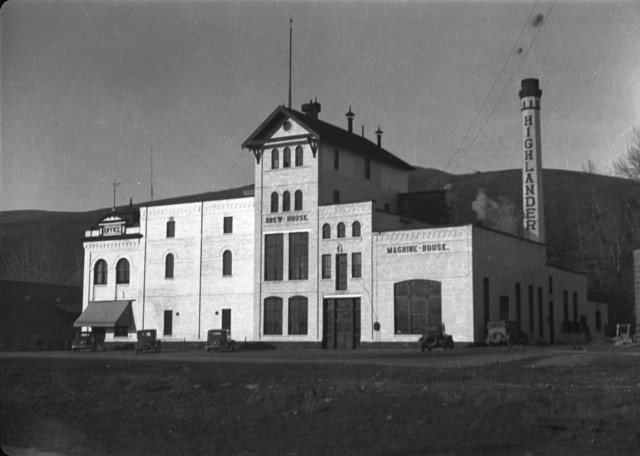 DEVIL’S HUMP RED ALE
ABV 4.9 IBU 25. Winner of the 2016 Gold Medal for Irish-Style Red Ale at the Great American Beer Festival®. Out of 80 entries, Highlander took the Gold! This red ale has a light malt flavor, with a subtle sweetness and a mild hop finish. It’s made with Marris Otter English, Caramel, Crystal, Munich and Melanoidin malts, wheat and Willamette hops. Go for the Gold !

FORTRESS ROCK IMPERIAL STOUT
ABV 9.8 IBU 40. An imperial stout with rich and complex flavors of roasted barley, chocolate, and a hint of dark fruit. We added oatmeal to create a silky mouthfeel, and deepen the complexity. We brew this each year to fill our bourbon barrels- come back in a year and try it barrel-aged.

BOYS TO THE YARD MILKSHAKE IPA
ABV 7.5 IBU 43 Our first Milkshake IPA! We used Calypso, Pacifica, and Azacca hops to highlight a tropical fruit hop profile. Then we added lactose, a touch of vanilla, and finished it with pineapple and guava fruit puree’ to create a smooth, fruit forward IPA.

Since Meadow Lake’s creation in the 1980s, much has changed in the world as well as the world of vacation ownership. As a result, some of the features of ownership that were a strength at […]

Dear Glacier Village Homeowners, We are excited to present to you the proposed changes to the Glacier Village governing documents. Click the link to the following:   An explanation memo from Mike Lynch detailing each […]